Dublin, Ireland and Toulouse, France, 26 June 2018, O.C.E. Technology (www.ocetechnology.com) today announced that it is to develop a new real-time operating system in collaboration with the European Space Agency (ESA). The €500,000 project is expected to take 18 months to complete. 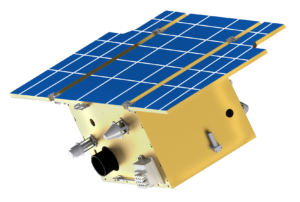 The new operating system, which will be developed to flight quality standards, will contain some unique features for the advanced control of satellite subsystems. The new operating system will allow deterministic scheduling of tasks and will use the new 16-bit SPARC REX instruction set to minimise its storage footprint.

The company made the announcement at the Toulouse Space Show, which is taking place this week, where the company is showcasing its products to European buyers.

The company, an Enterprise Ireland high-potential start-up, also supplies a range of satellite subsystems that are used to bring a satellite into a desired orientation in space at a desired spin rate. These subsystems are already well proven on the Chinese space programme.

Barry Kavanagh, CEO, O.C.E. Technology, said, “This project with the European Space Agency will open up a host of new flight software opportunities for the company and together with our best-in-class debug software will be of strong interest to the fast growing small satellite market.”

At the Toulouse Space Show visit O.C.E. Technology and its European Distributor, Dimac RED, to learn more about the company’s latest range of software and hardware products.