Dublin, Ireland – Dublin based O.C.E. Technology recently showcased it software toolset for the European Space Agency’s next generation navigation processor, the AGGA-4. This chip, installed on satellites and spacecraft, can use signals from the US, Russian, European, or Chinese global positioning systems not only to find precise loca 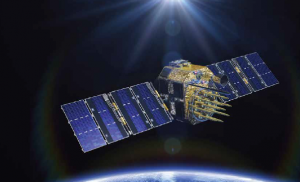 tion but also for weather prediction by measuring GPS signal distortion by the upper atmosphere and also to measure maritime conditions using reflectometry from the ocean surface.

O.C.E. Technology develops software for technical applications and supplies radiation-hardened chip-level components targeted primarily at the space and high-reliability sectors. In 2017 OCE is launching a range of satellite subsystems already in use on the Chinese space programme. Watch this space!

DMON2 Debug Tool
DMON2 is a software tool used by embedded system developers to improve their productivity. It enables them to debug applications in a faster and more efficient manner. Test & Debug account for 25% of developers’ time and developers consider debug tools to be their most important tools. DMON2 will provide unique supports for efficient development and debugging of system-on-chip solutions where a single chip contains multiple blocks each performing a different function. With upwards of 55% of embedded projects running late the demand for DMON2 is obvious.

DMON2 works with a range of differing processor technologies including SPARC and ARM, the tool has an advanced and easy to use graphical interface and will facilitate rapid debug of embedded system applications.

System-on-Chip, System-in-Package, Memory devices
In addition to the Software tools developed by O.C.E. Technology, the company can supply a range of advanced radiation-hardened systems-on-chip (SOC), radiation-tolerant systems-in-package (SIP) devices, commercial off the shelf (COTS) parts, and customised high-reliability components. These parts are tested and screened for differing environments including flight space-qualified.